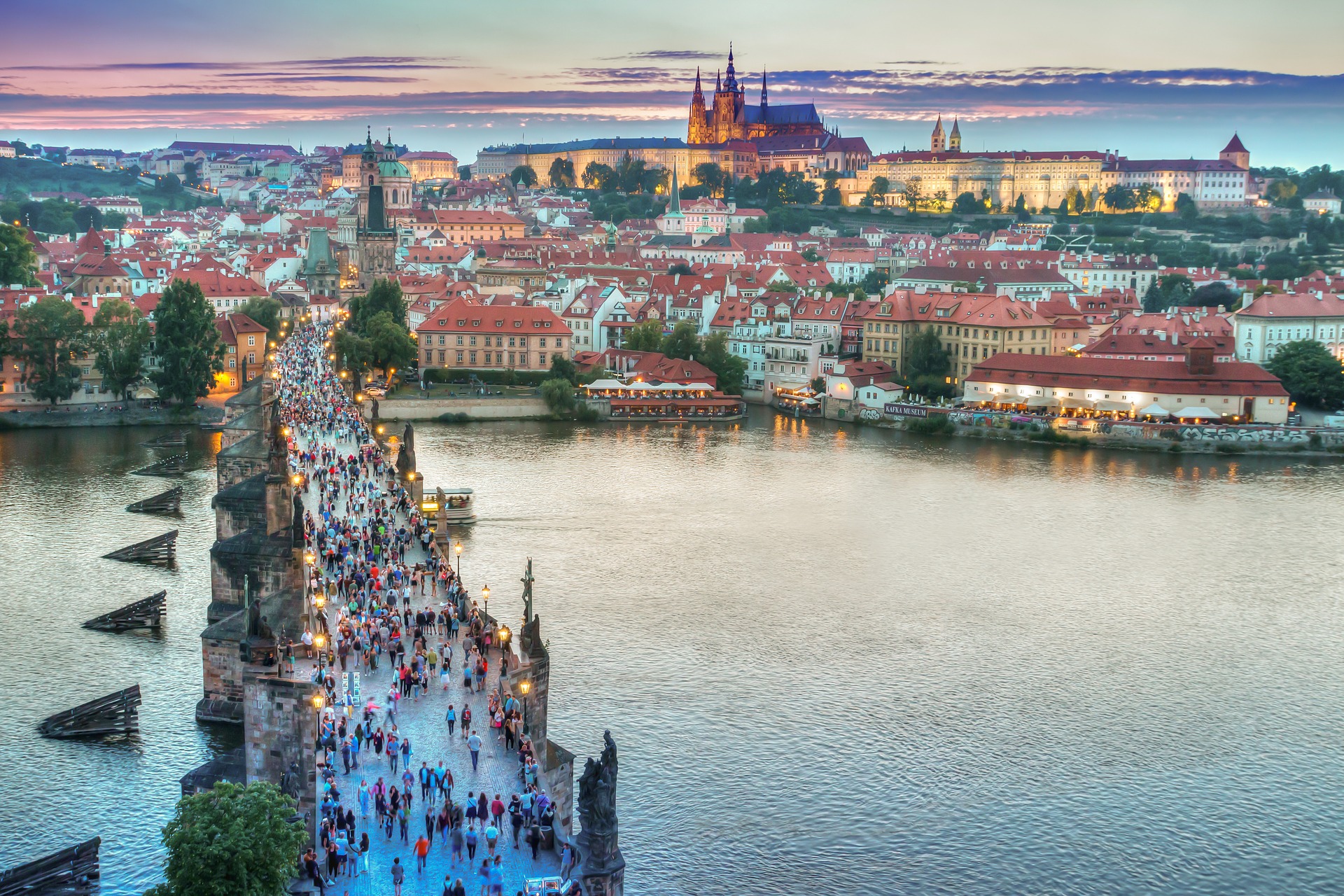 When I grew up in the 70's in the West, travelling to Eastern Europe (the DDR and places east) was unheard of. Even Yugoslavia was only something the most intrepid travellers would consider at the time. In the late 80's tensions started to ease and I found myself hitchhiking the Highway of Death through Serbia and a few years later was seen sharing a beer with soldiers in the back of a Soviet Army truck as they were on their way to Dresden during their withdrawal from Warsaw pact states.

Those were real adventures! These days of course it is much easier to visit Eastern Europe. Travel to countries like the Czech Republic and Croatia is as popular as ever while other countries like Romania and Poland are up-and-coming destinations. Then there are countries such as Moldova, Belarus and Ukraine which are not at all on traveller's radars, yet they are unique places to visit. And Transnistria? Who even knows where that is?

Let's take a look behind the former Iron Curtain. Here are ten reasons why you should visit Eastern Europe now.

Go before the crows do

While Prague is firmly on the tourist trail, places further east and south like Slovakia, Ukraine, Moldova and to a lesser extend Romania are still rarely visited. This is not for a lack of places to see as you will note when you read on.

On an early morning drive through the valleys of Transylvania, Romania, I came across the Brancoveanu Monastery. The sun had just risen over the mountains, the gardens were in full bloom and through the speakers came the melodious chanting of the priests. At the Lavra in Kyiv, Ukraine, I could not help but be drawn in to the service. Beautiful singing was echoing throughout the complex, alternating as it did between the deep baritones of the priest and the sopranos of the women in the congregation. What monastery will you visit? The Solovetsky Monastery on the White Sea in Northern Russia? The Monastery of Gracanica in Kosovo, Orhelul Vechi in Moldova or the Rila Monastery in Bulgaria?

While in Transylvania last year, I hiked through rugged mountains and ancient villages.

Romania's far north promises some delightful walking past monasteries, painted churches and traditional farms, while the mountain ranges of Bulgaria are rich in a culture which has remained relatively untouched through the centuries. Montenegro may be tiny, but it is arguably one of the most diverse, interesting and alluring countries in Europe, crammed with cultural heritage, architectural treasures and jaw-dropping natural beauty. The Via Dinarica meanwhile is a network of old shepherd trails through high alpine mountains, taking in vibrant forests and glacial lakes. For something more challending, the Tatra mountains are among the most rugged and spectacular in Europe. The dramatic scenery, combined with a sophisticated network of footpaths, makes it a popular walking destination. And it you are looking for culture thrown in with your walks, consider a hike & boat trip along the Danube.

Prague, Budapest, Tallinn, Moscow, St Petersburg and Krakow are all well known and definitely worth a visit. But who has heard of the citadel town of Sighișoara in Romania, Veliko Tarnovo in Bulgaria, the cobble-stoned streets of Český Krumlov in the Czech Republic or Toruń in Poland?

Expect some pretty unusual experiences in Eastern Europe. On my last trip I had the chance to go to Chernobyl. An odd place to pick for a tour perhaps, and I was hesitant to go, but it turned out to be one of those life-changing experiences. Seeing the devastation the 1986 nuclear disaster brought to the region, and the impact it had on the people living through it, was something I was not quite prepared for.

After a few days of reflection on the Chernobyl disaster I needed a bit of distraction. I ended up at Kryjivka in Lviv, a bar which bills itself at "the last hiding place of the Ukrainian Insurgent Army from World War II". The place is lined with war paraphernalia - there is even an anti-aircraft gun out-back. Entrance is by password only (don't tell anyone - it is "Slava Ukraini"). Pronounce it well and a grizzly partisan in combat fatigues will open up and treat you to some honey vodka.The menu is inspired by men living in holes in the ground (think half a head of cabbage, a mug of beer and a 4-foot long sausage) and every so often the crew finds a Russian intruder among the guests who will be playfully escorted out. I had an unforgettable evening chatting up a storm with locals, an Icelandic pilot, an elderly German cyclist, a honeymoon couple from New York and a videographer from Shanghai. Can I tell you where it is? Perhaps. But with all those fighters around I am not taking my chances. All I can tell you is that it is somewhere on Rynok Square.

Visit places few people have ever heard of

I get a kick telling people I went to Transnistria. "Where is that", people will ask. "It is part of Moldova", at which few people are any wiser. Give them the history of the place in a nutshell and they are lost. But that is what Eastern Europe is all about - visiting places that are well off the beaten track and on few people's radar screens.

Moldova, with its rolling farmland and limestone escarpments, reminded me of a mix of Central Ontario and the prairies. Then there are the rolling plains of Ukraine and Belarus, the fabulous mountains of the Carpathians and Tatras, the dunes of Lithuania, the forests and remote coastline of Latvia, the islands and woods of Estonia, the fertile farms of Romania, and everywhere you go broad rivers that formed the lifeline of this beautiful part of the world.

Having been under the rule of empire for many centuries, it is perhaps no surprise that the region has an incredible ethnic mix. Until recently there were hundreds of thousands of German-speaking Saxons living in Transylvania, alongside Romanians and Hungarians. Russians spread out all over the former USSR and were preceded by Old Believers, adherents to old Orthodox rituals hiding in the far corners of the Czar's Empire. Then there are Greeks in Albania, Poles in Belarus and the Baltics, Moravians in Czechia, Ruthenians in Hungary, Hungarians and Roma in Romania, Latgalians in Latvia, Bulgarians in Moldova... The list goes on and we haven't even mentioned Bashkirs, Chuvash, Kabardians, Aromanians and Gagauzs. It makes for an intriguiing mix of cultures!

In Odessa I had the pleasure to attend a spectacular performance of Giuseppi Verdi's Nabucco at the beautiful National Academic Theater, a truly classical building. Price of a front-row seat? $15.

Stoked I booked tickets for a performance by the National Opera in Kyiv which was an even bigger treat. It was the first time the show ""When the Fern Blooms" was performed in Ukraine. It is a folk-opera in three acts, written by Ukrainian composer Yevhen Stankovych in the mid 1970s. It was banned by the Soviet authorities as being to nationalistic Ukrainian, so to see if performed for the first time in the current political climate was quite the experience. While front-row seats were sold out, I scored a second row seat for $35.

The Mariinsky, Alexandrinsky and Mikhailovsky Theatres in St. Petersburg and the Bolshoi and Maly Theatres and the Gogol Center in Moscow are of course classical venues to see performances, but don't expect low prices.

What are the best places to see fall colours in Ontario?

Who knew Hungary had this much to offer!

This promotional video on Hungary shows you some wonderful spots in Budapest, day trips from the capital, and places to stay.